When Centennial College aviation students go to class in the fall of 2018, they will enter a learning center directly connected to aeronautic history. The new Centre for Aerospace and Aviation will be in the renovated de Havilland of Canada aircraft manufacturing building. The education and research facility will house a hangar large enough for commercial jets, a library, classrooms, labs, workshops and offices.

One of the biggest advantages of fiberglass tanks is that they’re lightweight.

“The tanks were set and levelled in about three to four hours,” says Kent Frame of GeoStorm Inc., who supplied the tanks for the project. “All we needed was a small crane. If we’d been working with pre-cast concrete tanks, we would have needed a large crane. And placement of the tanks would have taken much longer.”

As a result, fiberglass tanks lowered shipping and installation costs.

Tanks are preassembled and built to last

Xerxes tanks are fully assembled and tested before they leave the factory, which means they can be installed quickly and easily once the excavation is prepared. Concrete tanks require partial assembly during installation with a gasket to join the top and bottom halves.

“Concrete tank assembly relies on field personnel,” says Kent. “That means you can have human error.”

“Fiberglass was the more efficient choice,” says Mario Bon of Stantec. “Time was of the essence, and these tanks are easier to handle and install, and it’s easier to make the connections between the tanks and piping required for the fire suppression system.” Mario says this last feature is a significant benefit.

In addition, concrete is vulnerable to cracking, corrosion and leaking. “When you have a watertight tank that’s built to be long-lasting, you don’t have to worry about water seeping away,” says Kent.

Though fiberglass tanks costs more than concrete initially, the shipping savings, ease of installation and superior service life of fiberglass tanks makes them a cost-effective solution for fire protection applications.

Why they chose Xerxes by Shawcor

Stantec has worked with Xerxes before, and once Stantec decided to specify fiberglass tanks for the project, the only company Mario thought of was ZCL | Xerxes.

“The Xerxes team is very easy to deal with and very accommodating,” he says. “Whenever we have a question, we always get the information and support we need.”

“It comes down to peace of mind,” Kent explains. “Xerxes has a reputation for providing reliable, structurally strong tanks.” 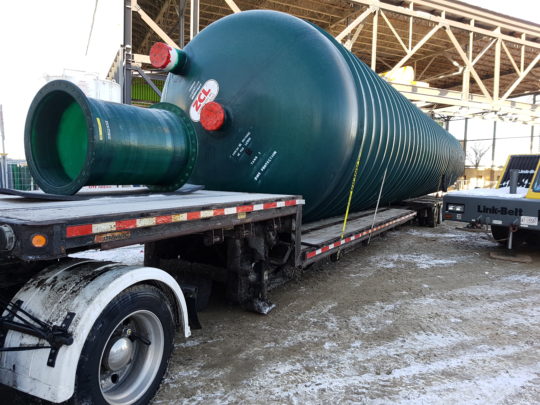 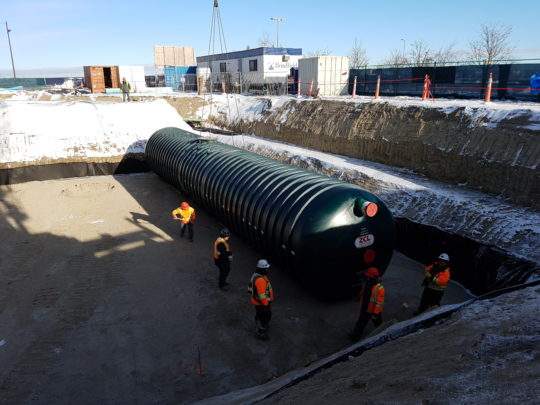 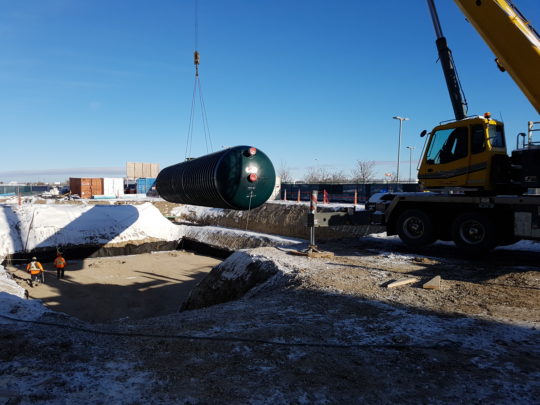